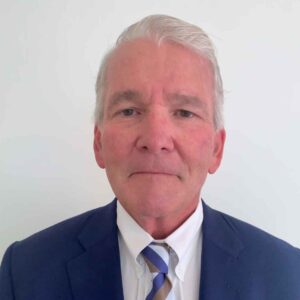 A native of Raleigh, NC, Chet attended Appalachian State University on a football scholarship. After college, he began working in the family propane business as VP and Partner in Sterling Transport, providing both wholesale and retail propane gas service throughout the state of NC.

Following the sale of the gas company to a national competitor, Chet started On-Site Shred in 1999. As President and Owner, On-Site Shred became one of the largest independent shredding companies in the U.S., servicing all or parts of four states in the southeast. During this time, Chet was very active in the National Association of Information Destruction (NAID), serving in different capacities, including on the board of directors and as Treasurer.

Following the sale of On-Site Shred in 2008, Chet was in North American sales for Shred –Tech until 2012, selling shredding trucks to existing shredding companies. He also consulted with over ten successful startups, one his proudest career accomplishments.

Chet Is married with two daughters and enjoys spending time with his family, hunting and fishing. “I believe my experience in owning, starting, and selling successful businesses, along with the experienced team at DeFoor Business Services, will allow me to help business owners achieve their exit dreams and goals.”

If you would like to send us an email, please complete the form below.

Greg DeFoor, founder of DeFoor Business Services, Inc., was honored as a top-selling member of the Georgia Association of Business Brokers (GABB) for 2021. Mr. DeFoor and 13 other business brokers were named to the 2021 Million Dollar Club for helping broker the sale of small, medium and large businesses during a challenging 2021. The